This post may contain affiliate links. If you click on a link and make a purchase, we may earn a commission at no additional cost to you. Learn more.
by  Shanna | Last Updated:  Jun 06, 2022 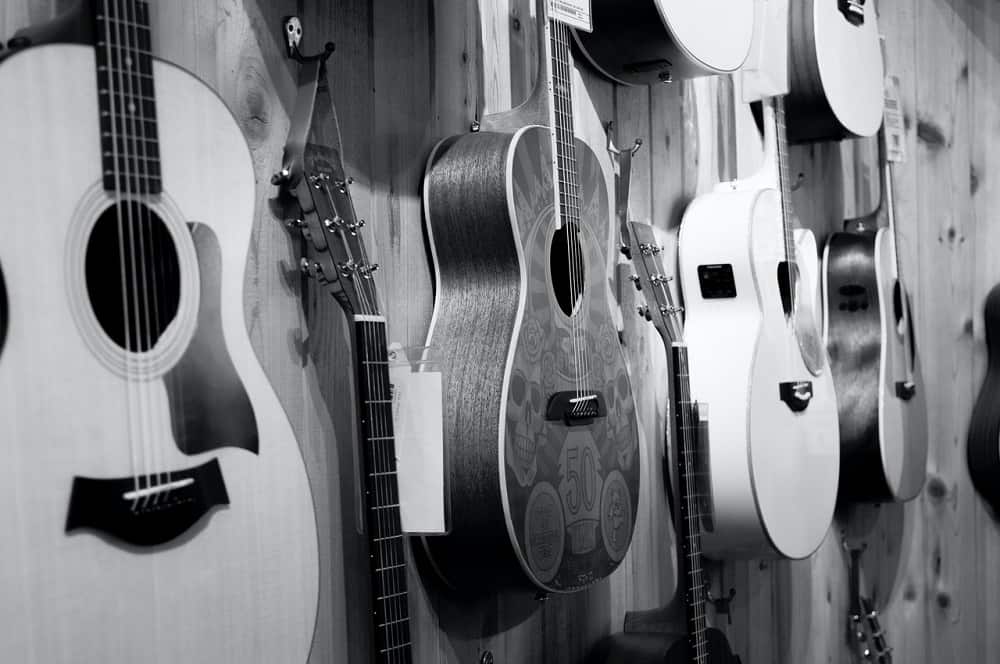 Considering you’re going to be spending plenty of time up close and personal with your acoustic guitar, it makes sense to choose the body shape carefully.

When I first heard the debate of dreadnought vs concert, it sounded like a battle between a super villain and a superhero. Dreadnought, the evil guitar-slinging, cape-toting metalhead!

I had no idea what it meant, or how it affected my life as a guitarist. I didn’t even know that my own guitar fell into one of these two categories.

I happen to have one of each, and I certainly use them at different times and for different reasons.

The Difference Between Dreadnought vs Concert Guitars

In the comparison between dreadnought vs concert acoustic guitar styles, there are three main differences:

There are a few other acoustic guitar body shapes, but the dreadnought and concerts are the most common and popular.

We’ll go into more detail about each below!

The word “dreadnought” is the name of a British battleship, and that’s exactly what this guitar embodies. The dreadnought is a solid, boxy, hard-to-shoot-down instrument.

Dreadnoughts are common shapes to see in guitar stores, and are considered to be a classic or iconic shape. They’re fairly large and solid, with a wide body and a deep chamber to amplify sound powerfully.

What is a Dreadnought’s Size?

Dreadnought sizes vary slightly by manufacturer, but the general dimensions (according to Taylor and Martin guitars) are as follows:

Being a rather small guitarist myself (at around 5’ tall), I find the dreadnought a bit cumbersome. There’s no denying the sound quality is robust! But I tend to reach for smaller guitars most of the time, and use the dreadnought when I need something a little louder.

Concerts are also fairly common in guitar stores, and are popular with smaller guitarists and fingerstyle players.

They’re sleeker than dreadnoughts, with less body to them and a shallower chamber which doesn’t amplify quite as well as their powerful bigger cousins.

If you’re planning on playing on-stage, you’ll definitely need some help with amplification.

What is a Concert Style Guitar Size?

As you can see, sometimes the body size isn’t hugely different to that of a dreadnought. But even small differences make quite a change to both the comfort and the sound. My concert comes out 90% of the time, especially if I’m playing standing up. I also love the clearer, more articulated finger picking I can do on it.

How To Choose Between Dreadnought and Concert?

Guitarists who want a strong, robust sound would do well with a dreadnought if they can handle the size.

If you’re looking for a smaller, more manageable guitar, you may want to consider a concert. You could even look at buying a ¾ guitar if size is an important consideration.

When it comes to sound, there’s no need to shy away from the concert if you want great sound. Simply make sure you get one that can be plugged into an amplifier, and you’ll be good to go.

Here’s a quick comparison that may help you decide:

When choosing between a dreadnought vs concert for beginner guitarists, the biggest consideration should be comfort. Some may be quite happy with a larger, boxy guitar, but others may find it cumbersome.

Kids or beginners who are still finding their playing style and tone won’t necessarily need the dreadnought’s sound power. A concert could be the best way to start off until they take the next step.

If you’re an accomplished musician looking to add to your instrument collection, the best one for you will really depend on your playing style.

Pick up a dreadnought if you want some raw oomph, or a concert if you prefer some intricate fingerpicking.