This post may contain affiliate links. If you click on a link and make a purchase, we may earn a commission at no additional cost to you. Learn more.
by  Shanna | Last Updated:  Nov 08, 2022 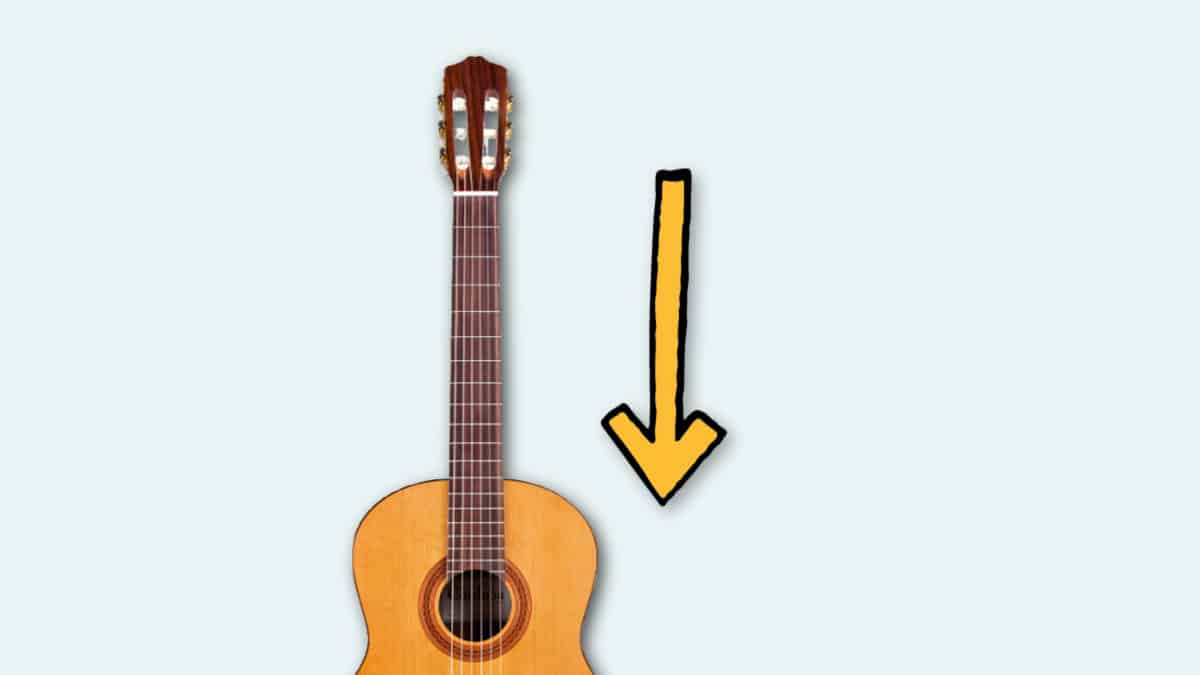 My first acoustic guitar tore my fingers to pieces! I tried my hardest, but eventually ended up buying another one.

I only found out later that the “action” was most likely the problem.

Most guitars you find in music stores come with a high action. This has advantages and disadvantages.

Guitars with a low action are known to be easier to play. But are there other benefits of a low action guitar?

Today I’ll be talking about guitar action, how it affects your sound and playing, and why low action can be useful.

I’ll also explain how to lower the action on your guitar if you wish to take full advantage!

What is Low Action on a Guitar?

The action of a guitar refers to how high the strings are off the fretboard. To be more specific, it’s the distance between the fret and the string.

You can also have an even action and an uneven action.

Uneven action should be fixed to make your guitar easier to play! I’ll discuss how to adjust this as well as string height later on in the article.

How Does Action Affect Tone and Playability?

Yes, the action of your guitar can affect both your sound and how easy it is to play.

Generally, a high action guitar will have a clean sound but may be difficult to play. The further the strings are from the fret, the more force you need to hold them down.

A low action guitar is often much easier to play, thanks to the short distance between the fret and string. But it can leave you with unwanted noise debris, like fret buzz.

This is especially true for finger pickers or guitarists who play hard on their strings.

A high action also typically gives you extra volume. Acoustic guitars often have a higher action than electrics. That’s partly because volume can simply be turned up on an electric guitar.

Typically, though, string gauge affects tone more than the action. It can also have some effect on playability.

How Do I Know If My Guitar Action is Too High?

The right action for you depends very much on personal preference. Generally, it’s about two things: comfort and sounding good.

You’ll need to assess a few things to be able to figure out if your guitar action is too high.

All of these are high action red flags.

If you can play comfortably without pain and muscle aches, your action is most likely just fine!

How to Measure Guitar Action

To measure your guitar action, you’ll need a ruler that doesn’t have any space between the zero measurement and the end of the ruler. Like this one:

Because you’ll be measuring just a tiny space, a ruler that includes notches for 1/32 of an inch is preferred. Otherwise, you can buy a guitar action gauge.

Here’s a quick rundown on how to measure your guitar’s action:

But you can adjust this depending on your own preference!

3 Benefits of a Low Action Guitar

An action that’s too high will make it hard to hold chords comfortably. It may also be difficult to play solos and move quickly from one note to another.

A low action makes holding chords and moving quickly from fret to fret easy. The strings are already close to the fret, so you don’t need to exert much force to hold them down.

One of the most practical benefits of a low action guitar is that it stays in tune better. There’s less play on the strings, so less stretching.

A high action means you’re pushing down quite a bit on the strings every time you play. This can cause them to stretch and lose their tune more quickly than a low action.

Although low action can cause fret buzz, it reduces the chance of fret slap.

Fret buzz is when the string rattles or buzzes against the fret as it vibrates. Fret slap is a sort of clanking noise you hear when you push the strings down too hard on the fret.

Fret slap typically happens on a high action guitar. You need some extra force to push the strings down, but it can cause the strings to hit the frets hard.

If you don’t lift your fingers in a controlled manner, the strings can also bounce off your finger and rebound back onto the fret!

This is a non-factor when you have a low-action guitar.

How to Lower the Action on Your Guitar

You can take your guitar to any music store and have it professionally set up.

If you want to do it yourself, it’s not too difficult to learn!

There’s a bit of a difference between changing the action on an acoustic and on an electric guitar.

There are three points of adjustment on an acoustic guitar:

(If any of those terms are confusing the video below will help.)

The first step is to adjust your truss rod so your guitar neck is fairly straight.

Once you’ve done that, check the radius (curve) of your bridge. You can buy a set of radius gauges for almost nothing.

This radius should be the same as (or very close to) the radius of your fretboard. If the bridge radius is bigger, you may need to file it down to match the fretboard.

If the bridge radius is smaller, you may need to buy or make a saddle that’s the right size.

The last step is adjusting the action at the nut. First, re-measure the height of each string at the first fret.

You’ll need to deepen the individual string slots to bring all the strings into alignment.

Adjusting the action on an electric guitar really depends on the brand. Like an acoustic, it’s wise to first adjust your truss rod.

But every model (such as the Epiphone Wildkat) has a different built-in bridge adjustment method.

You will need to do some research on your guitar’s bridge adjustment, but here are some of the most common ones:

Unlike an acoustic, you should be able to adjust your bridge adequately using this mechanism. You probably won’t need to file anything down or replace it entirely.

Then, if your guitar still needs fine-tuning, you can deepen the holes in the nut.

Guitar action is a very personal thing. While there aren’t many drastic benefits of a low action guitar, it comes down to how it feels when you play.

I recommend a low action for beginners. It’s also great for those who have small, fragile fingers or want to play fast solos.

A high action guitar is great if you want a robust sound with extra volume.

That being said, it’s worth experimenting to find out what feels and sounds great to you!

And if you need to change the action on your acoustic or electric guitar, some of the resources on this page should help.